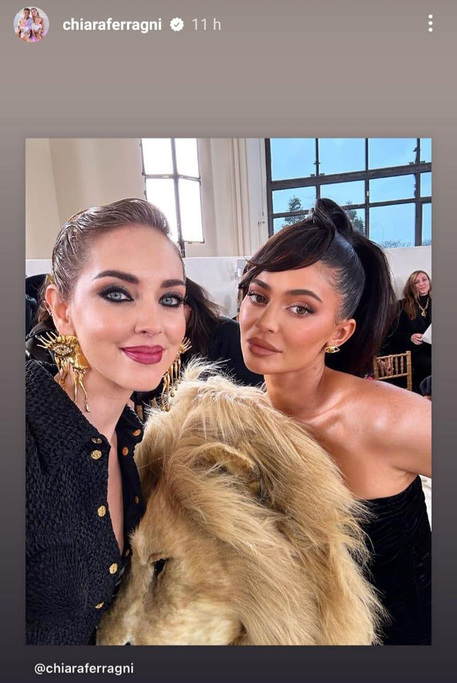 (ANSA) - ROME, JAN 24 - A Paris show by Schiaparelli has been accused of glorifying big game hunters by models including Naomi Campbell, Kylie Jenner and Italian influencer Chiara Ferragni posing with fake heads of lions, leopards and wolves.
The runway show by creative director Daniel Roseberry was inspired by the animals mentioned in Dante's Inferno, the Italian fashion house said, stressing all the heads were fake.
But social media critics said it "hails violence against animals and illegal (big game) hunting".
Ferragni, who will wear Schiaparelli and Dior in her upcoming stint as Sanremo song festival presenter, posted a photo on Instagram of herself holding a lion's head, a very realistic furry creation that led many people to think it was real.
"It's just like those criminal hunters posing with their illegal trophies," said another social-media critic.
Campbell also wore clothes topped with animal heads and Jenner sported a lion's catsuit.
Schiaparelli reiterated the theme was taken from Dante's masterpiece and was not intended in any way to magnify the dubious exploits of African animal hunters. (ANSA).