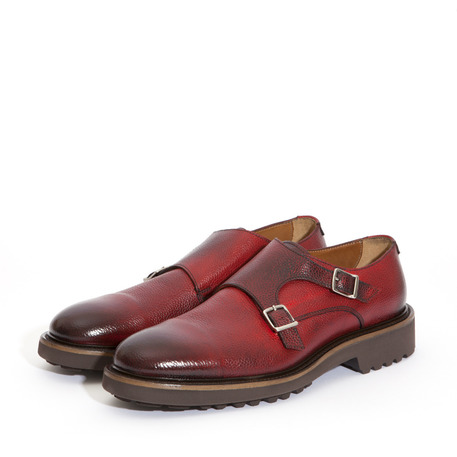 (ANSA) - Milan, November 3 - When people think of "made in Italy", names like Gucci, Cuccinelli, Ferrari and Artemide - among others - easily come to mind. But what about Rubinacci Napoli (a Neapolitan tailor), Black Fin (a maker of design eyewear in titanium) and, soon, Antica Dolceria Bonajuto (which claims to be the oldest chocolate manufacturer in Sicily)? These are also purveyors of Italian excellence, yet they are barely known inside Italy, let alone outside. Storytalia (www.storytalia.com), a new e-commerce site launched during a Milan event on October 30, is out to change that. The platform contains products for sale from little-known yet high quality producers of textiles, fashion, design and food and its principal aim - as clearly indicated in its tagline, "The Unexpected Made in Italy" - is to help them reach new consumers in Italy and abroad. "After long and extensive efforts made over the past several months, this is the key moment," said Paolo Zegna, president of Stil Novo Management, the owner of the site, at the launch. Zegna, who is also president of the Zegna fashion house and former vice president for internationalization of Italian business lobby Confindustria, explained that one reason why the idea of the platform developed was that he saw, in his business travels, just how difficult it is for small firms to find distribution networks abroad. By bringing many brands and product categories together under one "roof", the idea is that they will help each other gain visibility. "Made in Italy really works well when it presents itself with all its strengths together: food, design, fashion." Knocking heads together is also a key to the initiative's expected success. Remarking on how often Italy's various private sector and public sector players don't collaborate in the country's interests, Zegna said that Storytalia is different: its private backers include Zegna and "friends" like Leonardo Ferragamo as well as financial institutions like Unicredit and Simest; public backers include Italy's Ministry of Industry and foreign trade promotion agency ICE. "This is perhaps the first time that the system has really come together," he commented.
At its debut, the site was set to carry some 30 brands; a few well-known names like shoemaker Fratelli Rossetti and outerwear star Herno are joining to help the initiative gain visibility, Zegna said. The initial markets targeted are Italy, France, Germany and the UK. By end 2014, all content will be translated into English and by 2015 Zegna said he sees the rollout extending to the rest of Europe. The US market will likely follow. Like some other e-tailers (net-a-porter.com's "The Edit", for example) the site also features editorial content - the "story" part of the name. Storytalia's magazine aims to be "a narrator and storyteller," said Chiara Dal Conto, its editorial director, at the Milan event. "Every company has ties to its territory, to the families who founded it." The magazine seeks to tell the stories of these territories and their products by featuring pieces about little known aspects of Italy itself, like "hidden" jewels of cultural heritage, traditions, behind-the-scenes workmanship and must-see places way off the beaten path, Dal Conto said. Playing on the name itself, she added: "It's a store of stories, too." "There is still so much of this beautiful Italy that needs to be told," Zegna chimed in, adding that, however, the ultimate role of the magazine part is to generate revenues. "Through the editorial part, expectations and desires will be created which we hope will be translated into sales." Storytalia will sustain itself by getting a cut of transactions on the platform. Zegna said he sees "potentially huge" sales reaching "a few million euros" in a few years as more firms join and more markets are penetrated. Marketing will be largely "word of mouth" and through the web, Zegna said, adding that the company is also preparing an event for the press in London.