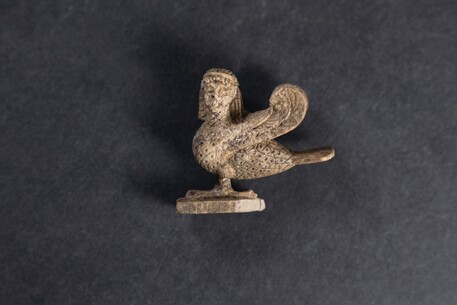 (By Silvia Lambertucci) (ANSA) - ROME, JUL 23 - An agora stretching out almost 33,000 square metres, the biggest in the ancient world, that is once again showing its boundaries.
The remains of what seems to have been the sacred place of very first Greek colonies in Selinunte, those who arrived after the founder, Pammilus of Megara Hyblaea.
Charms and highly refined objects that are the same as others found at Delphi, in Greece, and the mystery of a stone mould perhaps used to make a bronze sceptre.
These discoveries - which ANSA is reporting on in exclusive thanks to a sneak preview - were made during the latest excavation campaign at the Selinunte archaeological site in Sicily led by Clemente Marconi.
For the first time, Marconi worked with two international missions, one from New York University's Institute of Fine Arts and another involving the University of Milan and a team from the German Archaeological Institute.
"These results are of the utmost importance for our knowledge of Selinunte in the Archaic and Classical age," Marconi, an archaeologist who has been studying the remains of the ancient Greek colony for decades, said with visible excitement.
These discoveries she new light on the fascinating, brief history of this city and have been made public as the Sicilian archaeological park - the largest in Europe with its 270 hectares of nature and majestic ruins looking out over the sea - has uncovered the boundaries of its enormous agora, which was twice the size of Rome's Piazza del Popolo.
This is vaguely trapezoidal in shape with a single monument in the middle, a tomb, perhaps belonging to the founder.
"It's an empty basin that is impressive for its size and the depth of the mystery regarding it," said Selinunte Archaeological Park Director Felice Crescente with a smile.
"This space gives an idea of the magnificence of this city and its extraordinary essence," he added, standing beside the Region of Sicily's Culture Chief Alberto Samonà.
After two years in which work slowed due to the pandemic, excavation work resumed at full speed in June.
"The results have gone well beyond expectations," said Marconi.
The initial aim was to date the era of the two most recent temples of the acropolis, which are called A and O and have long been considered twins.
The dig showed that A was build before O and that the construction of the latter was probably interrupted by a landslide.
The most important discovery, however, was that of an aquifer under the foundations of the temple.
The professor said that this "confirms the hypothesis that the first Greek colonies settled precisely in this southern area of the acropolis".
In short, ancient Selinus was founded here.
That is not all.
Digging in depth around the third temple, which is called R and was constructed in the 6th Century BC and perhaps rebuilt after the Carthaginians occupied and destroyed the city in 409 BC, the archaeologists found a boundary wall dating back to 610 BC, so not long after the arrival of the colonies led by Pammilus.
The historian Thucydides put their arrival at 628 BC and Diodorus placed it at 650 BC.
At Temple R the land also gave back the missing part of a stone mould to make a bronze object, apparently a sceptre - the first part was found 10 years ago nearby.
The archaeologists think that it may have been such a precious object that it was not meant to be replicated.
That could be why, after the object was made, the two parts were buried in different places.
Marconi said that the building also gave back two objects that will go on show in the next few days at the archaeological park's 'Antiquarium'.
They are a falcon-shaped amulet, a blue image of Horus, the Egyptian god of the sky, which came from Egypt at the end of the seventh century BC; and a highly refined ivory miniature statue of a mermaid, which was found in pieces in 2017 and was put back together in a laboratory in recent months.
Marconi said that this little wonder was almost certainly imported from Greece and shows "the wealth achieved by the city in the sixth century BC".
Selinunte met a terrible end two centuries later when Hannibal's soldiers sacked and set light to it.
But after being buried for so long, the grandeur of that golden century has come back to amaze us today. (ANSA).