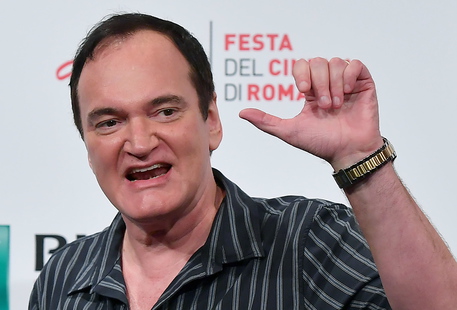 (ANSA) - ROME, OCT 19 - Pulp Fiction, what many think of as Quentin Tarantino's masterpiece, was criticized when it came out in 1996 by the PC brigade, the cult US director told reporters ahead of getting a lifetime achievement award at the Rome Film Festival Tuesday night.
"Pulp Fiction was badly received by many critics because of the themes and the style," said Tarantino, 58.
"If I had made it just four years later, however, it would have been even more complicated".
Asked if cinema-going was dead, Tarantino said "we'll see, it's impossible to answer with certainty. I have my own movie theatre (the New Beverley), and since we reopened there has been an incredible influx, so much so that I have just bought a new screen. Perhaps the cinema in future will become a space which is a little niche. It's true that things are changing. I was lucky, however, since Once Upon A Time In Hollywood came out just in time, before the pandemic, like a bird that gets out of a window a few seconds before it is shut". (ANSA).