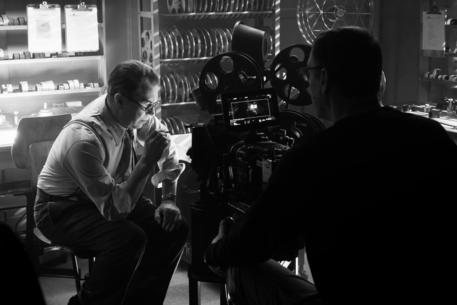 (ANSA) - ROME, APR 20 - Mank and Minari are the two films that will be shown first when Italian cinemas reopen after the COVID lockdown on Monday, sources said Tuesday.
Mank, which leads the Oscar race with 10 nods, will be the first film in Circuito Cinema theatres, Circuito Cinema and Lucky red distributors' founder Andrea Occhipinti told ANSA Tuesday.
The acclaimed biopic on screenwriter Herman J. Mankiewicz and his development of the screenplay for legendary film Citizen Kane will open in Rome at the Quattro Fontane cinema, "and gradually in all the others", he said.
"We are ready to reopen in complete safety, with the standards respected up till now," said Occhipinti.
"The first film is Mank, the Oscar favourite, with 10 nominations, and on the 26th, or the day after Oscar night, we hope it will have got all the statuettes that it deserves".
He said the Circuito Cinema theatres were poised to reopen and "put on great films".
Occhipinti is also the man behind MioCinema, a digital platform that has bridged the gap between actual and virtual cinema theatres during the COVID-19 pandemic.
Another distribution chain, Academy Two, said Minari would feature on its circuit from Monday.
Lee Isaac Chung's critically acclaimed South Korean-in-US drama, which is up for six Oscars on April 25, will be the first film to hit its screens.
Minari ("water celery") stars Steven Yeun, Han Ye-ri, Alan Kim, Noel Kate Cho, Youn Yuh-jung, and Will Patton.
A semi-autobiographical take on Chung's upbringing, the plot follows a family of South Korean immigrants who try to make it in the rural United States during the 1980s.
Minari is up for six Academy Awards including all the top categories and South Korean diva Yuh-Jung Youn is a hot tip for best supporting actress.
Produced by Brad Pitt's Plan B company, the film has already reaped a cabinet full of awards at the Golden Globes, BAFTAS and Sundance, to name but a few. (ANSA).