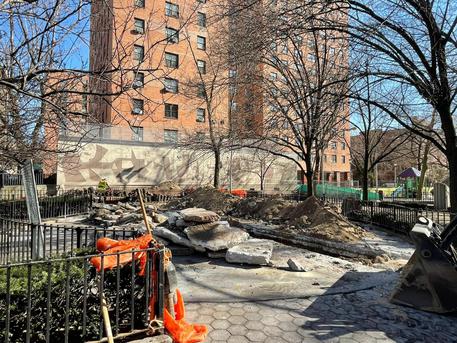 (ANSA) - ROME, MAR 10 - Italy wants famous statues of horses sculpted by Sardinian artist Costantino Nivola and his American colleague Richard Stein back from New York after they were removed in the redevelopment of a playground under the Big Apple's Wise Towers.
The statues have graced the playground since 1964.
Nationalist League Senator Linetta Lunseu said she had contacted the government which had voiced its willingness to "remedy a deeply incomprehensible act".
A Sardinian regional councillor, Massimo Zedda, said the regional government should ask the government in Rome to act to get the statues back and preferably place them somewhere on the artist's native island.
Regional assembly chair Michele Pais said "this is a cultural massacre that hits our culture in the heart. WE will work to bring back to Sardinia what remains of Nivola's little horses".
(ANSA).