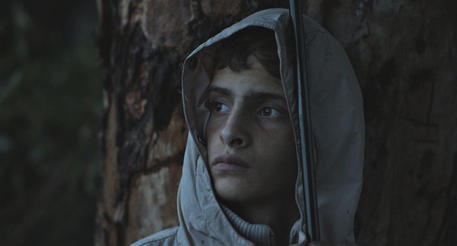 (ANSA) - ROME, 24 NOV - Italy on Tuesday put up Gianfranco Rosi's 'Notturno' for the best foreign film Oscar.
The shortlist of 10 films will be announced by the Academy on February 9 next year.
The five nominees will be announced on March 15, and the Oscar ceremony will take place in Los Angeles on April 25.
'Notturno' (Nocturne) by the 56-year-old documentarian Rosi, shot over the course of three years in Syria, Iraq, Kurdistan, and Lebanon, looks at ordinary people in Middle Eastern war zones as they struggle and hope for more peaceful lives.
The film had its world premiere at the 77th Venice Film Festival on September 9, then screened at the Toronto Film Festival on September 15, and played at the New York Film Festival on October 6.
Speaking at the Venice fest, Rosi told ANSA his latest documentary "has changed me forever".
The Asmara-born Roman director won Venice's top prize in 2013 with Sacro GRA, a tale of wacky lives on Rome's ring road.
He won the Golden Lion in Berlin in 2016 with Fuoccoamare, a migrant drama set on the stepping-stone Sicilian island of Lampedusa.
Rosi said he he had been "deeply shaken" by what he filmed for Notturno on the borders of Iraq, Kurdistan, Syria and Lebanon.
He said he hoped the documentary would "open the eyes of people who have been anesthetized to what they see on TV about the effects of war.
"What remains in me is a deep sense of love that I hope the audience will get too, this incredible sense of struggle in people who have suffered, who have had their lives overwhelmed by violence in their everyday life.
"I wanted to recount their existence balanced between life and hell, try to identify with them, to establish contact and from all this bring home a different view of the Middle East".
Notturno, Rosi said, "is born where breaking news on the latest shipwreck stops, on the last massacre, to try to give an intimate and profound dimension to what people only glimpse".
Notturno was one of the Italian favourites for this year's Golden Lion for best film, along with 'Padrenostro' by Claudio Noce, Miss Marx by Susanna Nicchiarelli, and 'Le Sorelle Macaluso' by Emma Dante.
Chloé Zhao's US drama Nomadland starring Frances McDormand won the Golden Lion, and The Silver Lion - Grand Jury prize went to Michel Franco's Mexican-French feature New Order. (ANSA).