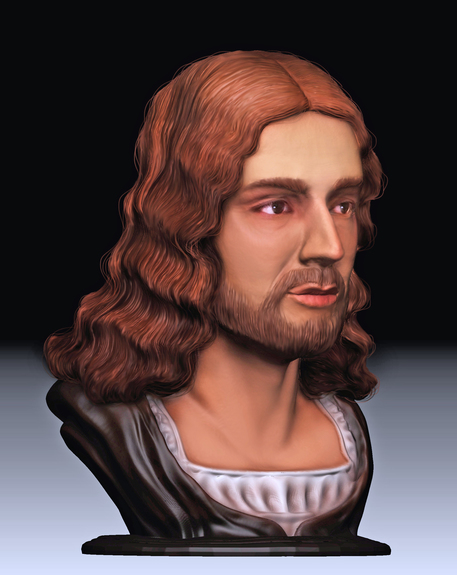 (ANSA) - ROME, 06 AGO - Scientists from Rome's Tor Vergata University have recreated Raphael's face in 3D and they say the result proves that the human remains in his tomb in the Pantheon do belong to the Renaissance master.
The 3D reconstruction was created by using a cast of the cranium that was made when the remains were exhumed in 1833.
The experts then compared the reconstruction with the artist's self-portraits and they concluded that they match.
"This research provides, for the first time, concrete proof that skeleton exhumed in the Pantheon in 1833 belongs to Raphael," said Olga Rickards, a professor at Tor Vergata University who is one of the world's top experts in molecular anthropology.
Italy is currently marking the 500th anniversary of the death of the genius from Urbino.
The celebrations include an unprecedented exhibit on Raphael at Rome's Scuderie del Quirinale.
It is biggest ever monographic exhibition on the Renaissance master, featuring over 200 works.
Raphael died on April 6, 1520 at the age of 37. (ANSA).