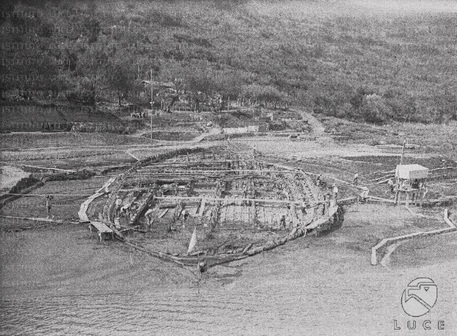 (ANSA) - ROME, 27 LUG - The council of the town of Nemi, near Rome, has approved a resolution to request damages from Germany for the destruction during World War II of the remains of two ancient Roman ships dating back to the period of Caligula.
The archaeological treasures, which were recovered from the bed of Lake Nemi between 1928 and 1932, were destroyed by fire in 1944.
The town said the ships were "intentionally burned" by Nazi troops as they withdrew from the area.
"That irreparable damage to an archaeological asset was not the result an an unpredictable action of conflict but of a conscious act of destruction," said Mayor Alberto Bertucci.
"That is why we are asking for damages". (ANSA).