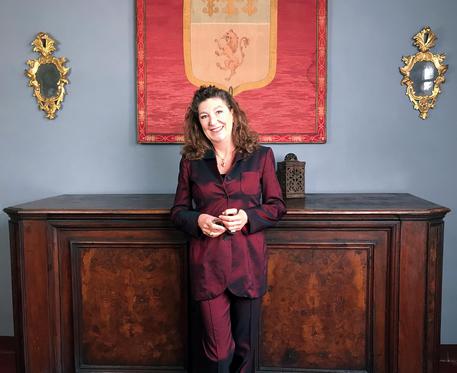 (ANSA) - Recanati, February 13 - Casa Leopardi, the birthplace of the well-known Italian poet Giacomo Leopardi, will for the first time on March 21 open the chambers where he and his brothers lived and the 'noble floor' to the public. The mansion is located in the town of Recanati in the central Italy region of Marche, where the poet was born in 1789. "Ove Abitai Fanciullo" ("Where I As An Adolescent Lived") is the name given to the itinerary of the visit, which will allow access to the mansion including the gallery with its art collections, the garden, and the private chambers of the poet that for two centuries have not been used by his descendants for domestic purposes.
Italy's greatest Romantic poet and philosopher Leopardi was the son of a minor count who owed fealty to the papacy and grew up in nearly complete isolation in the hilltop town of Recanati.
A sort of child prodigy, he dumped his tutors at the age of 10.
By the time he was 17 had achieved great erudition by study techniques he later described as "crazy and desperate" and which may have contributed to the asthma, scoliosis, and weak eyesight that plagued him later.
In his late teens he started writing the Zibaldone, his teeming collection of thoughts and verses.
Having failed to run away from home, he later penned some of his famous Idilli, including L'Infinito - which most Italian schoolkids have to learn by heart - and Alla luna.
He went briefly to Rome, where he achieved a degree of fame, lost his religious faith and developed his trademark pessimism.
Later episodes saw him in Milan, Bologna and Florence, where he suffered unrequited love and met Alessandro Manzoni, the other great Italian poet and writer of the century.
During his last months in Naples he discovered a passion for ice-cream.