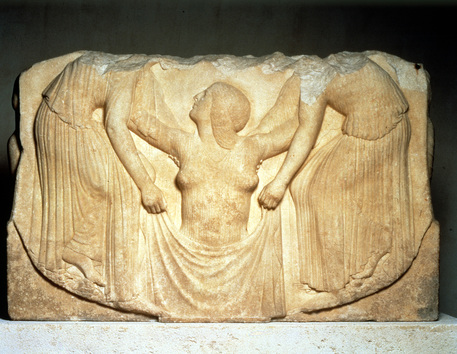 (ANSA) - Crotone, November 18 - Italian art police investigating antiquities smuggling arrested on Monday 23 people and searched a number of locations in Italy and abroad.
Investigators coordinated by prosecutors in the Calabrian city of Crotone believe the suspects were members of an alleged criminal holding that trafficked ancient items of huge value.
The artifacts came from illegal archaeological digs in Calabria and were illegally exported outside Italy, investigative sources said.
Overall, 123 people have been investigated by the Carabinieri Unit for the Protection of Cultural Heritage. Four of the suspects involved in the probe live abroad, Carabinieri cops said.
In the course of the investigation, which kicked off in 2017, police retrieved several archaeological items worth a few million euros, investigative sources said.
Culture Minister Dario Franceschini on Monday said in a statement: "Thanks to sophisticated investigative techniques and the collaboration of Europol and foreign police forces" in France, the United Kingdom, Germany and Serbia, as well as in Italy, Carabinieri cops "successfully concluded a vast operation to counter illegal trafficking of archaeological findings from Calabria to northern Italy and abroad, recovering thousands of items and seizing material used for the illegal digs".
The minister then praised the Carabinieri Unit for the Protection of Cultural Heritage "which has been operating since 1969 to defend Italy's cultural heritage".
Italy's art cops are "the envy of the world," he said.