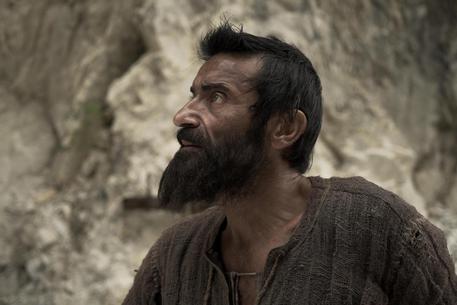 (ANSA) - Rome, November 28 - A life-size Sistine Chapel created by set designer Maurizio Sabatini is one of the scenes in which the important Russian director Andrei Konchalovsky is completing the shooting of "Il Peccato" ("The Sin").
The film is an emotional, visceral portrait of Renaissance artist and sculptor Michelangelo, shot entirely in Italy and in the Italian language. The leading role is played by Alberto Testone, who in the past acted in the theater and Pasolini's films and who was chosen after a lengthy casting call in which the director tried to find mainly non-professional actors. "I wanted to recreate a very cruel era," the director told ANSA, "very unyielding and dominated by censorship, through the truth of people's faces." The Russian-Italian co-production cost 15 million euros and is expected to be released in the second half of 2018.
Producing it are the Andrei Konchalovsky Foundation for Cinema and Performing Arts and the Russian culture ministry, with the help of Russian entrepreneur and philanthropist Alisher Usmanov and Jean Vigo Italia with RAI Cinema.
"What do I like about Michelangelo? His contradictions. He liked money, like I do," he said, smiling, "but he was also sly and knew how to behave with the powerful. I suppose I would call him an 'innocent thief'." A genius, the artist "was able to create masterpieces in a time when there wasn't much freedom. Now, instead, we have a great deal more freedom but far fewer masterpieces." The director of 'Maria's Lovers' and 'Paradise' - who has won many awards throughout his career include a Special Jury's Award and two Silver Lions at the Venice Film Festival and turned 80 in August - prefers to "ask questions instead of giving answers". Understanding what the 'sin' is that the title refers to "is connected with the viewers' perceptions. For me, it is probably the sense of inferiority that many geniuses have - their sense of guilt and inadequacy". In the eyes of lead actor, Testone, "the title evokes a general sense of sin more than referencing a specific one, especially because Michelangelo committed them all in his life.
The film tells about the artist in his most difficult period, in which he was crushed by pressure from the powerful and was not able to keep his commitments. His fears, anxieties and struggle for creative freedom are shown." The film was shot between Tuscany and Lazio, from Monte Altissimo to Castello Malaspina di Massa and Florence, Arezzo, Montepulciano, Carrara, Bagno a Ripoli, Pienza, Monte San Savino, Tarquinia, Caprarola and Rome. One of the actors, Massimo De Francovich (who plays Pope Julius II), said that "today it is difficult to shoot films that are not purely entertainment, and this is a journey into the soul. I think that it is important, however, to remember geniuses like Michelangelo especially today for the younger generations, who are living in times of short memories." Testone, who began acting only a few years ago, prepared for the role by "reading Vasari first of all, who in my opinion gave the strongest portrait of Michelangelo. The many historians and consultants who came onto the set helped as well. Day after day this character slowly entered me. When they put makeup on me and a beard, I see Michelangelo. And I learned to understand the reasons behind his anger." On being asked what the artist and Pasolini - who Testone has also played - have in common, he said that "both were hungry for life and willing to do anything for their ideas". On Konchalovsky, he added that the Russian director was "as if he was my father. He is an exceptional person with very clear ideas. I never once saw him lose his temper. Every day with him is a lesson for life for me."