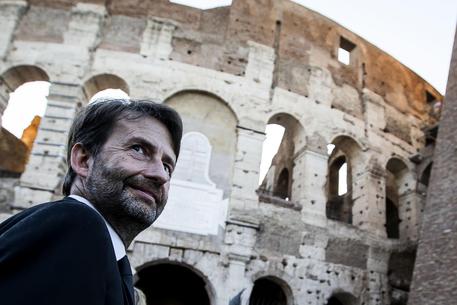 (ANSA) - Rome, January 17 - A Medieval-era horse skull was discovered at the Colosseum on Tuesday during surface excavations while cleaning the area around the steps of the monument's foundation, said Rome Archeology Superintendent Francesco Prosperetti.
Experts at the superintendency said an archaeozoologist made an initial visual analysis and dated the skull to between the 12th and 13th centuries.
Additional analyses of the skull will be conducted along with continued excavation of the foundation.
Animal remains have been found previously in and around the Colosseum, many of which are on display in the monument's museum.
photo: Culture Minister Dario Franceschini