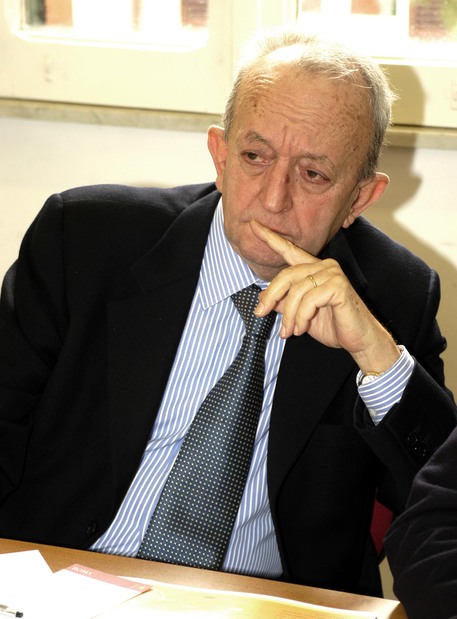 (ANSA) - Rome, January 5 - Famed linguist Tullio De Mauro died in Rome on Thursday aged 84. A university professor and education minister in the government of Giuliano Amato from 2000 to 2001, De Mauro was one of Italy's best-known public intellectuals and a regular presence on TV.
His death was announced by the Bellonci Foundation, which organises the Strega book prize, Italy's most prestigious literary award, and of which De Mauro was also president.
One of De Mauro's best-known sayings was "the destruction of language is the premise for all future destruction".
He was also fond of saying, after the transformation of Italy from a largely dialect-speaking country into a linguistically united nation after WWII, that "the dream of Carlo Cattaneo and Alessandro Manzoni, that Italian should become a national language spoken by most of the people has become a reality today".
"I remember Tullio De Mauro as a passionate master for all those who love Italian schools, research and language," Premier Paolo Gentiloni tweeted.
Culture Minister Dario Franceschini said De Mauro's death "deprives the country of a distinguished linguist, a man of profound culture, capable of transmitting learning and knowledge with passion, a keen intelligence whom I was able to appreciate in the years of joint work with the Strega Prize of the Bellonci Foundation".
Born in Torre Annunziata near Naples on March 31, 1932, De Mauro graduated in classical literature before going on to teach at the universities of Naples, Chieti, Palermo and Salerno.
He was appointed lecturer in the philosophy of language and then professor of general linguistics at Rome's Sapienza university and in 1966 he became a founding member of the Italian Linguistics Society, of which he was also president from 1969-1973. De Mauro served as a Lazio regional councillor from 1975 to 1980, a member of the board of governors of Rome university from 1981 to 1985, the dean's delegate for teaching from 1986 to 1988 and president of the Rome Institute of libraries and cultural centres from 1996 to 1997. In 2006 he received the president of the republic's prize from the Accademia Nazionale dei Lincei, the world's oldest scientific academy, for his academic research, and in 2008 he was awarded an honorary doctorate by Waseda university in Tokyo.
De Mauro's most important works include A Linguistic History of United Italy, published in 1963, and a comprehensive dictionary of Italian usage. He also curated numerous dictionaries, including the Dictionary of Foreign Words in the Italian language (with M.
Mancini, 2001), and contributed to weekly current affairs magazines Il Mondo and L'Espresso, among others. "His dictionary is in Italians' homes, his teaching in the memory of many researchers. 'Non omnis moriar', thank you #TullioDeMauro" said former education minister Stefania Giannini in a tweet.