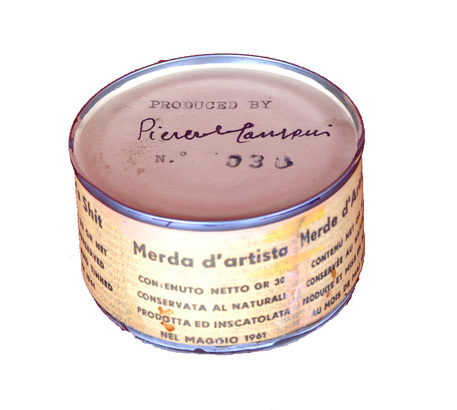 (ANSA) - Milan, December 7 - One of Italian artist Piero Manzoni's famous 'Artist's Shit' cans was sold for 275,000 euros at Milan's Il Ponte' auction house on Wednesday. Manzoni (1933-1963), a pivotal player in Italy's postwar avant-garde, in 1961 produced 100 of the small containers of uniform weight that were priced to sell at the market value of the same weight in gold.
The can sold on Wednesday is numbered 69 and is 4.5 centimetres high with a diameter of 6.5 cm.
The label on it reads: "Artist's Shit. Net content 30 gr.
Naturally preserved. Produced and canned in May 1961".
No one know if faeces are actually inside the can as it has never been opened. Manzoni's cans are considered among the greatest artistic provocations ever - a way of mocking values and commercial art. None of the cans had ever sold for over 200,000 euros before.
The one auctioned on Wednesday came from a private British collection.