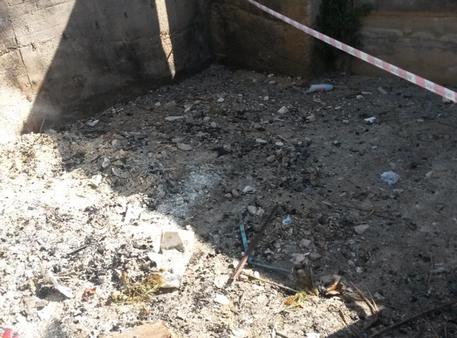 (refiles, fixing typos).
(ANSA) - Palermo, March 6 - Unsuspecting technicians from Italian electricity utility Enel uncovered two burial grounds from the ancient Roman city of Thermae, Palermo's Superintendency for Cultural and Environmental Assets announced on Friday. The electricians made the discovery during their work on a repair job underneath the central square of the coastal city of Termini Imerese in Sicily, about 40 minutes south of Palermo.
Archaeologist Monica Chiovaro confirmed that the discovery represents a small but important part of reconstruction work that took place in the ancient city of Thermae Himerae after the sack by the Carthaginians in the 5th century BC.
Archeological investigations into the area in recent days as a result of the unexpected discovery uncovered a marble-layered sarcophagus containing traces of leg and arm bones in the first burial site. An even larger sarcophagus was found in the second burial site, which was made of lead, a rare specimen for the area at that time, containing a perfectly preserved skeleton in the exact position in which it was laid to rest.