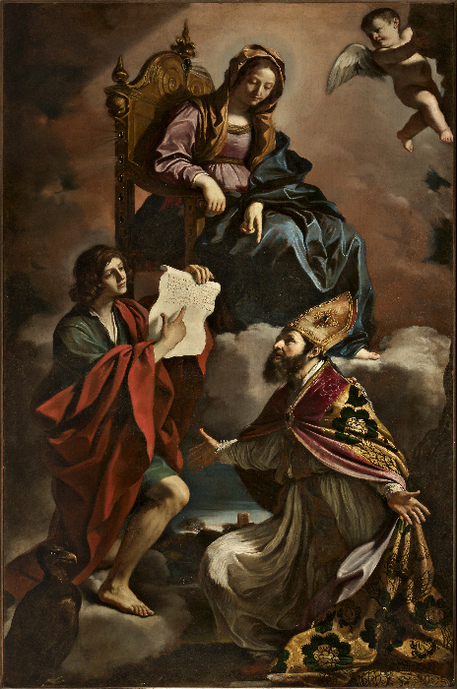 (ANSA) - Bologna, August 14 - A Baroque masterpiece by the Italian painter known as Guercino that was stolen from a church in Modena was not insured, and the church did not have an alarm, its parish priest said Thursday.
The church cannot afford to insure every painting in its possession, according to Father Gianni Gherardi, parish priest of the Church of San Vincenzo, where the priceless painting went missing Sunday.
The Modena Savings Bank Foundation, which had equipped the church with an alarm as part of a renovation it financed in the early 2000s, also declined any responsibility in the chain of missing security links that led to the painting's apparently easy theft.
"The alarm system had been turned off, because it was expensive to keep up," explained Monsignor Giacomo Morandi, from the Modena archdiocese.
"This is a very serious blow to the city's artistic heritage," Modena Savings Bank Foundation President Andrea Landi remarked.
"I hope investigators will quickly identify those responsible and return this extraordinary work of art to the people of Modena". The city and regional culture superintendent, Stefano Casciu, said the Church owns both the painting and the building that housed it, so it is responsible for their custody. Police are analysing footage from security cameras in the vicinity of the church for clues and suspect the theft was commissioned, possibly by an unscrupulous collector.
The missing Guercino painting, which depicts the Madonna with Saint John the Evangelist and Gregory Thaumaturgus and measurs 293 x 184.5 cms, was taken along with its large frame, spurring investigators to speculate it was moved out in a van.
The thieves may have hidden inside the church until it closed, police said.
The 1639 oil painting was one of Guercino's most renowned, admired and photographed works, making it impossible to sell or display in a museum be it Italian or foreign, officials said.
"Its exact commercial value cannot be quantified, because it is a piece that is outside the market. Placing it, even in private, will be very difficult," Casciu pointed out.
This could mean the thieves are experienced criminals working on commission for a high-profile collector.