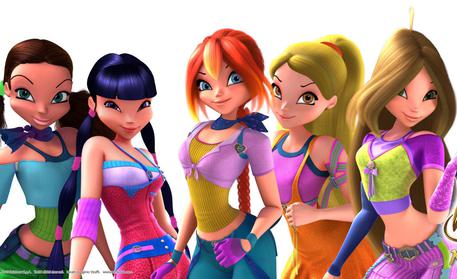 (ANSA) - Rome, June 11 - The six fairies of the popular Italian animated televison series Winx Club devised by Iginio Straffi are soon to have their own dedicated area in a theme park in China, Straffi's company Rainbow S.r.l said in a statement Wednesday. The show featuring the fairy Bloom and her five best friends, Stella, Musa, Tecna, Flora and Layla - who call themselves the Winx - will also be broadcast in Mandarin by Chinese state broadcaster CCTV under a deal signed with Rainbow in Beijing. "The theme park is to be located south of Shanghai and it will have an area completely dedicated to the Winx with attractions and activities for all the family," Rainbow said. There are also plans to introduce the three Winx Club movies produced on the back of the successful TV series to China. Winx Club premiered in Italy in January 2004 on state broadcaster RAI as an "action and fantasy show combined with comedic elements" in which "three special schools educate modern fairies, ambitious witches, and supernatural warriors, and wizards from all over the magical universe" according to Straffi's company's website.