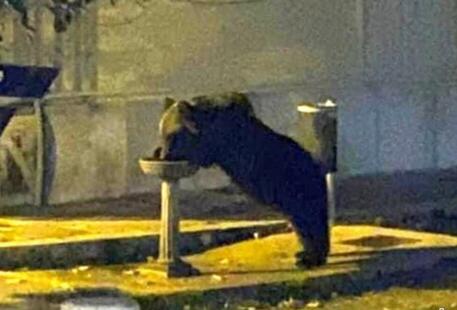 (ANSA) - ROME, JAN 24 - An Italian bear that became famous for daring raids to get food and was one of the symbols of the Abruzzo region was hit by a car on a state highway in a national park and killed Monday.
The rare Marsican brown bear, named Juan Carrito after a village in the park, had become an icon due to his familiar ways with humans and by exploits such as breaking into a biscuit factory.
Juan, a large (150kg) animal, also pillaged chicken coops, rubbish containers and pastry shop bins during his frequent incursions into human habitats.
He was recently re-released into the wild in a bid to curb his rampant foraging, and had settled in the Maiella area.
But a car hit him full-on on state highway 17 near Castel di Sangro and ended his daring deeds on Monday afternoon. (ANSA).