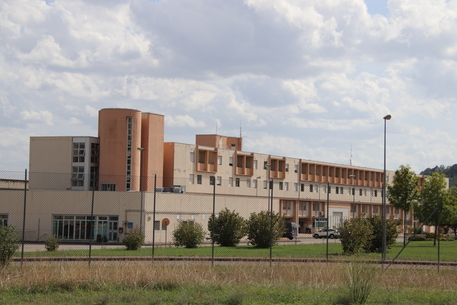 (ANSA) - ROME, SEP 22 - Some 25 people including mostly prison guards and a couple of prison doctors have been placed under investigation for allegedly beating up inmates at Ivrea Prison near Turin and falsifying medical reports to cover it up, Turin daily La Stampa reported Thursday.
Those probed are accused of bodily harm and aggravated falsehoods.
The alleged cases of violence against inmates took place on 10 occasions between 2015 and 2016, Ivrea's prisoner guarantor said.
Prisoners were frequently beaten with kicks, punches and truncheons, he said.
When the inmates ended up in the infirmary, complicit doctors allegedly drew up false reports that they had sustained their injuries after slipping in their cells or the showers, the guarantor said.
Warders also allegedly claimed the prisoners were self-harming and their bruises proved it.
Prisoner rights group Antigone said "there was full-blown torture at Ivrea".
Commenting on the 25 notices of investigation, the guarantor said Thursday that "now there is no longer violence in the jail, but instead a widespread malaise".
A lawyer for the guards said they rejected the accusations "with firmness".
Ivrea is not the first Italian prison where inmates have been allegedly brutalised.
In July all 105 prison officers, penitentiary officials and local health agency officials were sent to trial over a brutal punitive raid on inmates at a prison at Santa Maria Capua Vetere near Caserta north of Naples on 6 April 2020.
The trial into the violence, which was meted out as punishment for a riot, will begin on November 7.
Guards allegedly went on a rampage of violence to punish inmates for rioting.
Overcrowding and COVID fears sparked riots in several prisons at the height of the first lockdown in spring 2020, when many inmates were hurt, and some died, mainly from overdoses of drugs pillaged from jail infirmaries.
The defendants are accused of crimes include torture, abuse of authority, making false declarations and cooperation in the culpable homicide of an Algerian prisoner.
A preliminary investigations judge (GIP) said prisoners were made to strip and kneel and beaten with guards wearing their helmets so as not to be identified in what he called "a horrible massacre".
Some 15 men were also put into solitary without any justification, the GIP said.
Police reportedly found chats on the suspects' phones including, before the alleged violence, saying "We'll kill them like veal calves" and "tame the beasts", and afterwards, saying "four hours of hell for them", "no one got away", and "(we used) the Poggioreale system", referring to a tough Naples prison.
Some of the alleged rioters had their hair cut and beards shaved off.
Outgoing Justice Minister Marta Cartabia has said that CCTV footage of the violence showed that the officers had betrayed the Italian Constitution. (ANSA).