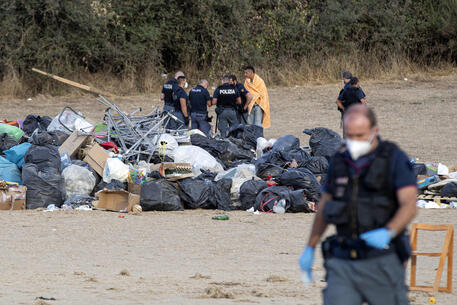 (ANSA) - ROME, AUG 16 - Unauthorised rave parties drew thousands of young people to countryside venues in Piedmont and Puglia over the mid-August Feast of the Assumption (of Mary) 'Ferragosto' holiday.
Police said they had decided to tolerate, for public safety reasons, the rave at Predosa near Alessandria in Piedmont.
Similar reasons were given for allowing the other rave to go ahead at Castrì in the Salento region of southern Puglia.
An estimated 2,000 youths attended the Predosa rave, police said.
Over 1,000 raved at the get-together at Castrì, local authorities said.
Huge clean-up operations were ongoing Tuesday at both sites.
Local officials in both Piedmont and Puglia called for the law to be enforced against such events, banning them from going ahead. (ANSA).