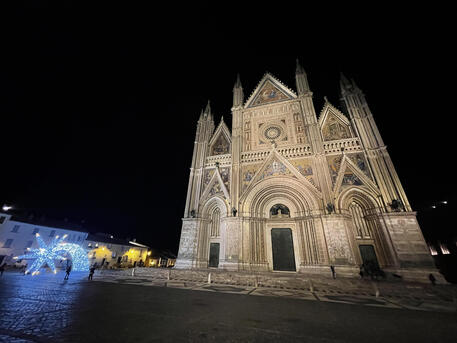 (ANSA) - ROME, AUG 8 - A heavy rainstorm on Monday forced tourists out of Orvieto's iconic St Patrick's Well as well as damaging part of the pavement in the centre of the Umbrian town.
Officials ordered the tourists out after the rain engulfed the 50 metre deep well and also knocked out its power supply.
The Pozzo di San Patrizio is a historic well in Orvieto, Umbria, central Italy. It was built by the architect-engineer Antonio da Sangallo the Younger of Florence, between 1527 and 1537, at the behest of Pope Clement VII who had taken refuge at Orvieto during the sack of Rome in 1527 by the Holy Roman Emperor Charles V, and feared that the city's water supply would be insufficient in the event of a siege. The well was completed in 1537 during the papacy of Pope Paul III.
The name was inspired by medieval legends that St. Patrick's Purgatory in Ireland gave access down to Purgatory, indicating something very deep.
Nortern and central Italy have been hit by a wave of thunderstorms breaking the sticky afa heat in the last two days.
(ANSA).