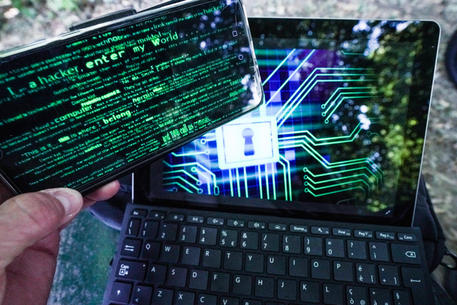 (ANSA) - ROME, MAY 13 - The National Cybersecurity Agency's CSIRT response team said Friday that Russian cyber attacks on Italian targets are likely to get more challenging after the websites of several institutions came under assault this week.
It referred to an "upsurge of the campaigns of attack of recent days on (Italian) national institutions that pro-Russian parties have claimed responsibility for" and the "possible move to a campaign of more complicated attacks".
Given this, it said it has identified 71 areas of vulnerability that "should be urgently resolved as a priority within a process of risk management by the most exposed operators (including agencies managing critical infrastructure".
The websites of the Senate, the defence ministry and other public institutions came under a cyber attack from pro-Russian hackers on Wednesday.
The 'Killnet' group, which experts say has links to Russia's armed forces and has threatened further actions, claimed responsibility for the attacks via Telegram.
Access to the sites involved was restored after a few hours.
Italy has staunchly supported Western sanctions on Russia after its invasion of Ukraine and is providing military support to Kyiv. (ANSA).