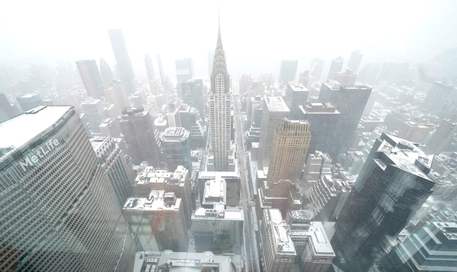 (ANSA) - ROME, JAN 31 - A 22-year-old Italian-American, Anthony D'Onofrio, was stabbed to death in a fight outside a restaurant on Third Avenue in New York on Saturday night, local media reported Monday.
A 19-year-old man, Kevin Cuatlacuatl, has been arrested.
Born in Brooklyn of a Sicilian mother and a father from the province of Latina south of Rome, D'Onofrio dreamed of being a racing driver and earned his living driving tourist carriages in Central park, US media said.
It is the second fatal attack involving an Italian in New York in less than two months.
On December 2, Columbia University Italian student was stabbed to death not far from the campus of the elite New York university.
The dean identified the victim as Davide Giri, 30, a student doing post-doctoral research after graduating at the Politecnico University in Turin.
Giri was reportedly attacked at about 11 o'clock in the evening at the intersection between 123rd Street and Amsterdam Avenue, near Morningside Park.
He was reportedly on his way back home after a soccer match with his amateur team, the NY International FC.
His 25-year-old assailant, named by the New York Post as Vincent Pinkney, was arrested in Central Park. (ANSA).