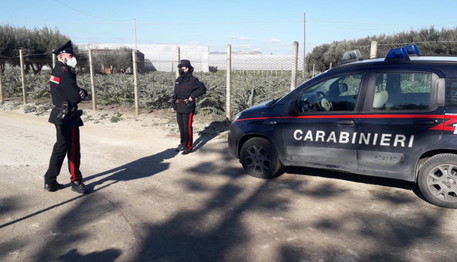 (ANSA) - ROME, JAN 28 - A Bangledeshi couple has been placed under investigation for trying to force their 14-year-old daughter into an arranged marriage last year, legal sources said Friday.
The pair, aged 44 and 40, are under investigation on suspicion of causing undue psychological harm in the teenager, who rebelled against the strict Islamic code she was expected to adhere to, sources said.
They allegedly forced her to wear an Islamic veil, monitored her use of phones and the TV, stopped her frequenting her Italian friends after school, beating her when she refused to carry out their orders.
The family wanted her to marry a man they had chosen, police said, and ignored her dreams of becoming a surgeon.
When they were on the verge of taking her to the arranged marriage in Bangladesh the girl fled her home and went to the police who placed her in a shelter.
Her parents have been served a restraining order.
An 18-year-old Pakistani-Italian woman, Saman Abbas, was murdered, allegedly by her uncle, after refusing an arranged marriage in Pakistan at Novellara near Reggio Emilia last year.
(ANSA).