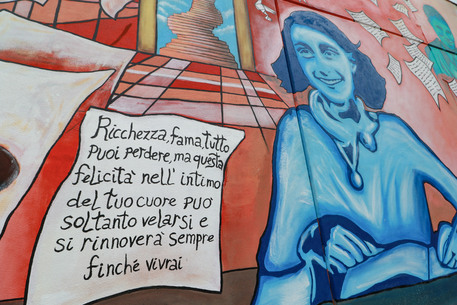 (ANSA) - ROME, JAN 27 - Italy is marking International Holocaust Remembrance Day on Thursday with ceremonies and events all over the country.
Senate Speaker Elisabetta Casellati and Lower House Speaker Roberto Fico laid wreaths at the site of the Raid on the Ghetto of Rome in which Nazis and Fascists rounded up 1,259 Italians, mostly Jews, to be sent to concentration camps on October 16, 1943.
Life Senator and Holocaust survivor Liliana Segre also attended the event, along with senior members of Italy's Jewish community.
"Remembrance Day is an occasion to powerfully renew the common commitment to combat indifference which, as Liliana Segre reminds us, was the real accomplice of the crimes of the Shoah," said Casellati.
"Only be remembering the atrocities endured by millions of Jews, blameless children, women and men, can be keep alive awareness of the mistakes of the past and the devastating consequences hat they produce".
January 27 is the anniversary of the day the Red Army liberated the Auschwitz-Birkenau Nazi death camp in 1945. (ANSA).