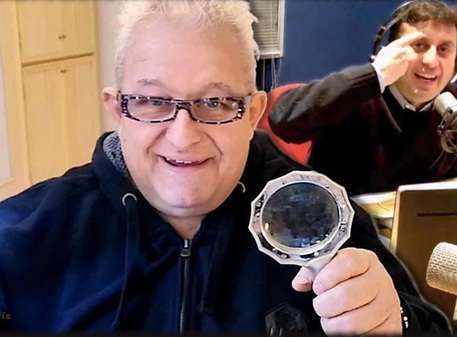 (ANSA) - ROME, DEC 28 - A diehard Italian anti-vaxxer who became a popular radio personality died of COVID at the age of 61 on Monday night, sources said Tuesday.
Car body repairman Maurizio Buratti, better known as "Mauro from Mantua" on the La Zanzara (Mosquito) radio programme on Radio 24 Ore, died in a Verona hospital where he had been receiving treatment for some weeks.
Despite being in a a critical condition, he never disavowed his COVID denialist views.
Buratti consistently denied the existence of the coronavirus and once boasted he had gone into a Mantua supermarket despite being reported as having it.
He said he had been happy to play the 'plague-spreader', with a 38 degree fever and his mask down.
he initially refused to go to the Verona hospital "because there are communists there" but reluctantly agreed after being diagnosed with double pneumonia.
One of the radio show's presenters, Davide Parenzo, tweeted: "rest in peace wherever you are, old conspiracy theorist. I only hope your sad story serves as an example to all those who are still fuelling doubts about the efficacy of vaccines". (ANSA).