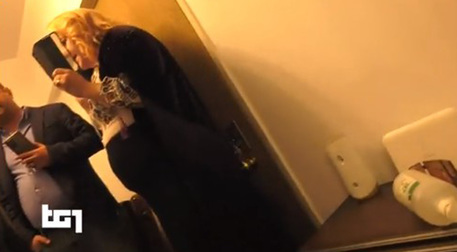 (ANSA) - ROME, DEC 14 - A reporter and her crew working for Italian state broadcaster Rai were held in a Bucharest police station for several hours Monday after an anti-vax Romanian Senator's husband allegedly attacked them during an interview in her office, diplomatic sources said Tuesday stressing that the Italian embassy was instrumental in getting them released from custody.
Lucia Goracci and her crew were detained after the alleged attack by the husband of Senator Diana Iovanovici Sosoaca.
Foreign Undersecretary Benedetto Della Vedova said Tuesday he had spoken to the Romanian ambassador who had voiced the Romanian government's strong condemnation of what happened and said that Romanian authorities had taken action against the Senators' husband. (ANSA).