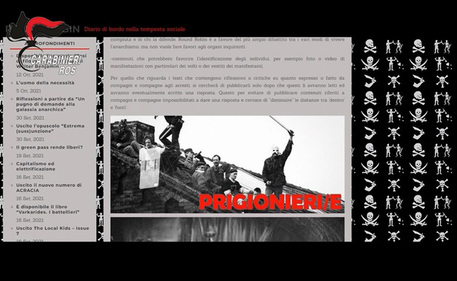 (ANSA) - ROME, NOV 11 - Six anarchists were placed under investigation in Umbria Thursday for allegedly spreading terrorist and subversive propaganda, judicial sources said.
Police said they sought to instigate terrorism and overthrowing democracy via a clandestine organ of information.
The anarchists were said to be close to the anarchist group FAI.
An edition of their underground magazine Vitriol said "against the State, without exceptions: should we strike people or things?", judicial sources said.
The magazine was published for the first time in Milan in 2017, police said.
In it, the anarchists urged people to carry out terrorist attacks, police said.
The probe started in Milan. (ANSA).