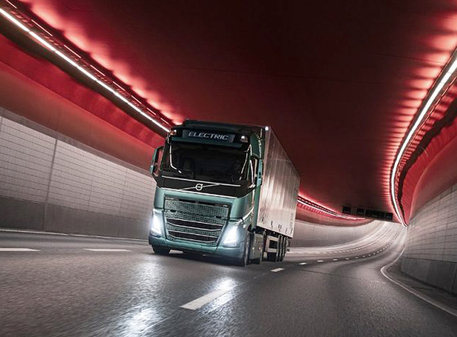 (By Alessandra Briganti) (ANSA) - BRUSSELS, OCT 27 - There aren't just differences over the rule of law - Eastern and Western Europe are also divided in terms of infrastructure.
And while the future creation of the Trans-European Transport Network (Ten-T) will bring improvements, it will not significantly change the current situation, according to several research projects devoted to the market access of EU air, maritime, road and rail links conducted by ESPON, a study programme devoted to regional analysis.
The researchers observed that changes in access regarding all means of transport have been registered in most European regions.
Specifically, the most significant improvements in road transport have been in southwestern and northern Europe, while access to rail links have improved in southern Italy, northern Greece, much of Portugal, Spain and Sweden, as well as in trans-border regions (between Austria, the Czech Republic, Hungary and Slovakia, for example).
Bottom of the class is central-eastern Europe, despite the major infrastructure projects that connect East and West and have boosted the potential access to markets on road and rail.
The opposite is true for air links, which have led to a significant development of accessibility.
Overall, the new transport networks continue to have lower-than-expected performance, mainly due to the lack of intermodality, a method of moving goods that makes it possible to easily move loads from one mode of transport to another.
This gap tends to get smaller in Europe's capitals, in some medium-sized cities and in the main tourist areas.
Peripheral areas, on the other hand, are well below the EU average, despite investments in multiple forms of transport infrastructure.
The researchers say that the accessibility models are set to change, with the completion of the corridors of the Ten-T network.
Road accessibility, which should increase significantly in southern and eastern Europe by 2030, will register the highest values in core Europe.
As for rail, the strongest growth is forecast to be in the southwestern and central-eastern regions of Europe (to a lesser degree in Bulgaria and Romania), while core Europe will continue to register the highest level. When it comes to air transport, there are three possible scenarios.
In the first, regional airports will manage to increase their passenger and flight numbers, acting as gateways for vaster areas.
In the second, competition will cause regional airports to lose passengers and flights to the main airports with a consequent drop in potential access for medium-sized cities.
In the final one, a general decrease in flights for environmental reasons will increase the access gap between the core and periphery of Europe, while only some regional capitals and big cities will remain competitive, including Rome-Milan, Madrid-Barcelona, Bucharest and Warsaw. (ANSA).