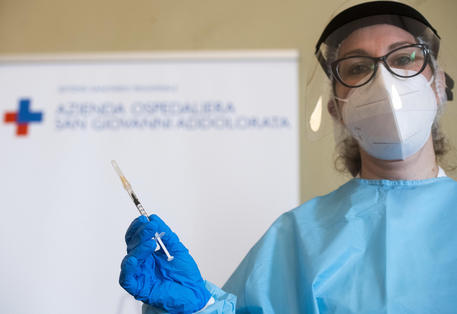 (ANSA) - ROME, OCT 26 - Health Undersecretary Pierpaolo Sileri said Tuesday that third COVID-19 vaccine doses are likely to be offered to the general population in Italy as of January.
At the moment, third jabs are being given to the elderly, the clinically vulnerable and health personnel here.
"It is likely that the third dose will be necessary for everyone," Sileri told Radio Capital.
"Until the end of the year, we will proceed with the third dose for the elderly and health workers.
"Then from January (it will be offered) to the rest of the population, staggered on the basis of when people had their first and second doses".
He added that priority would be given to people who had had the Johnson&Johnson single-dose vaccine, saying they would need a new jab sooner than others.
He said he hoped the whole of Europe agreed on the need to offer third COVID vaccine doses, given the "contagion boom in some European countries" and the "increased risk of the spread of new variants".
Sileri said that COVID-19 vaccines will be available in Italy for children aged five to 11 as soon as the regulatory authorities give the green light.
"I have a two-year-old son and if there were a vaccine available for him, I'd do it right away," he said.
"Unfortunately, there isn't one yet". (ANSA).