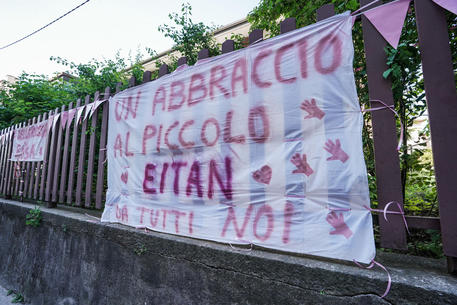 (ANSA) - ROME, AUG 11 - A legal battle has broken out for custody of Eitan Biran, the five-year-old Israeli boy who was the sole survivor of the Mottarone mountain cable-car disaster in Piedmont in May.
Eitan's parents, great grandparents and two-year-old brother were among the 14 victims of the disaster.
Eitan, who moved to Italy with his parents in 2018, has been put into the care of his paternal aunt, Aya Biran.
The boy's Israeli-based family are unhappy about this.
Ronen Dlayahu, a lawyer representing this side of the family, announced in a news conference that the boy's maternal aunt, Gali Peri, has launched legal proceedings to have custody of him.
"Eitan is being held hostage," the lawyer said.
Peri said that "Eitan was taken away by a family that did not know him, that had not been close to him in any way previously".
(ANSA).