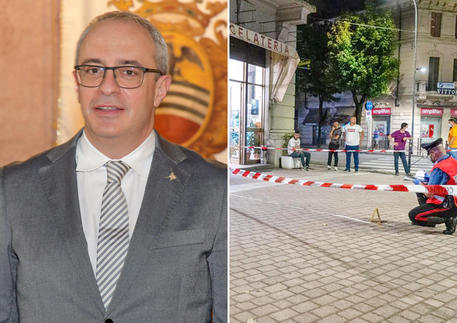 (ANSA) - PAVIA, JUL 21 - The public safety and security councillor in the northern city of Voghera, Massimo Adriatici, was arrested Wednesday on suspicion of shooting and killing a Moroccan immigrant after a row on Tuesday night.
Adriatici, a lawyer and member of the rightwing League party, reportedly said the fatal shot went off accidentally after he was pushed to the ground by the victim.

The League said he had allegedly fired at the 39-year-old immigrant in self-defence.
The League said he was defending a girl from alleged molestation by the immigrant, who they said had a history of being drunk and disorderly as well as violent.
Adriatici is a prominent lawyer in the town near Pavia in Lombardy and has started initiatives against riotous and drink and drug fuelled street night life known as the 'malamovida'.
Reportedly a former policeman, he also teaches criminal law to police cadets at Alessandria. (ANSA).