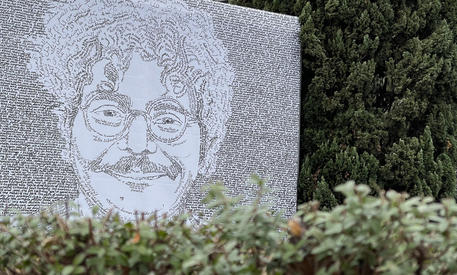 (ANSA) - ROME, JUL 7 - The Lower House on Wednesday voted almost unanimously to urge the government to grant Italian citizenship to an Egyptian Bologna university researcher who has been held in Cairo on sedition charges since February last year.
The Senate had already made a similar call.
The motion, which saw the abstention of the nationalist opposition Brothers of Italy (FdI) party, commits the government to "promptly initiating, via the competent institutions, the necessary assessments in order to confer Italian citizenship on Patrick George Zaki".
It also urged the government to keep monitoring Zaki's case and his conditions of detention.
The government subsequently issued a favourable opinion on the motion.
Centre-left Democratic Party (PD) leader Enrico Letta, whose party was among the overwhelming majority backing the motion, tweeted "the House has also approved the motion to grant Patrick Zaki citizenship. Now that parliament has pronounced in its entirety it is up to the government to do its part".
Vittorio Casa of the anti-establishment 5-Star Movement (M5S) said granting Zaki citizenship would not be "just a symbolic act" and cited the case of Giulio Regeni, the Italian student whose torture ad murder in 2016 has spawned a trial of four Egyptian national security officers.
Maria Elena Boschi, caucus leader for the centrist Italia Viva (IV) party, said "we have committed the government to fight this battle for Patrick, unjustly detained in Egypt".
FdI MP Wanda Ferro said the motion would be "counter-productive.
if not deleterious, in the bid to secure (Zaki's) liberation".
She said Deputy Foreign Minister Marina Sereni had "voiced the fear that this action may be read by Egypt as an act of force by the Italian government, causing possible negative effects on Zaki's release".
Zaki marked his 30th birthday in detention in Cairo on June 16, spurring renewed calls from Italy for his release.
The Egyptian Bologna University postgraduate student has been held in Egypt since February 7 last year on charges of "disseminating false news" and "incitement to protest".
Zaki, a 29-year-old Coptic Christian, is pursuing an Erasmus Mundus Master's Degree in Women and Gender Studies at the University of Bologna.
He also conducts research and advocacy on gender issues and human rights for the Egyptian Initiative for Personal Rights (EIPR), a human rights organization based in Cairo.
Petitions for his release have been rejected on countless occasion.
Zaki was arrested on arriving at Cairo International Airport when he returned home from Bologna for a short family visit.
The Egyptian National Security Agency reportedly arrested Zaki, interrogated him about his time in Italy and his human rights work, and took him to an undisclosed location.
During interrogation, he was allegedly frequently threatened, beaten on his stomach and back and tortured with electric shocks.
The European Parliament, Amnesty International and Scholars At Risk have been among the bodies calling for his release, along with the Italian government. (ANSA).