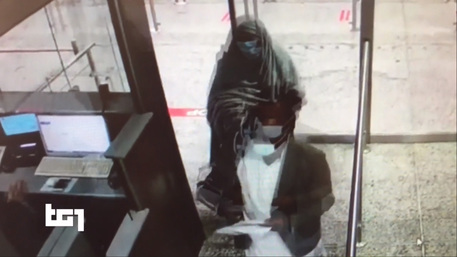 (ANSA) - REGGIO EMILIA, JUN 16 - The mother of an 18-year-old Pakistani woman whose family is believed to have killed after she refused an arranged marriage lured her home from the shelter she had taken refuge in with a deceptive text message that said the family would respect her wishes, the Gazzetta di Reggio newspaper said Wednesday.
According to the Emilian paper, Saman Abbas's mother sent her a text saying "please get in touch, come home. We are dying. Come back, we'll do as you say".
The message was reportedly sent to Abbas in the youth home she had fled to after reporting her parents for trying to force into a marriage with an older man she did not know in Pakistan.
Abbas went home on April 22, a week before she disappeared from Novellara near Reggio Emilia and is believed to have been strangled by her uncle Danish Hasnain, before the family allegedly disposed of her body, which has yet to be found.
Abbas's mother is under investigation along with her father Shabbar, who are both fugitives and believed to be somewhere in Pakistan.
Also under investigation in the case are Hasnain, believed to have been the actual murderer, and her cousins Nomanulhaq (believed to be in hiding somewhere in Europe along with the uncle) and Ikram Ijaz, now in custody in Reggio and the only member of the family to have been arrested, in France on May 28 while trying to reach Spain.
The search for Abbas's body goes on.
The search, involving dog units, is focused on the town of Novellara, in the northern province of Reggio Emilia.
The Union of Italy's Islamic Communities (UCOII) has issued a ban on arranged marriages after Saman's case.
Abbas's brother told a preliminary investigations judge earlier this month that her uncle had confessed to strangling her.
The GIP adjudged as "credible" the brother's testimony that the uncle, Danish Hasnain, confessed the murder to him but refused to say where her body was, judicial sources said.
Saman's father wept over her alleged murder, the boy added.
Saman had a violent argument with her family the night before she disappeared, according to an arrest warrant for the five suspect relatives.
Saman Abbas allegedly shouted "give me my documents".
Her father reportedly asked her "do you want to marry someone else" to which she replied "no, I want to go away".
Prosecutors have said that the five suspects were under investigation for premeditated murder and that Abbas was not in Belgium as her father had said.
A young member of the family reportedly told police "I think he (the uncle) strangled her, also because when he came home he didn't have anything in his hands".
Saman's uncle referred to a "job well done" to a friend in an Internet chat room, Italian police said at the weekend, saying he was probably referring to her murder and the disposal of her body.
Danish Hasnain, 33, reportedly wrote "we did the job well", according to the Gazzetta di Reggio Emilia newspaper.
Abbas also reportedly overheard her family saying that murder was "the only solution" for women who did not obey the Pakistani Muslim way of life, and she suspected "they are talking about me", the paper said.
Abbas told her boyfriend about this family conversation, police said.
Abbas went missing from her home in Novellara at the end of April.
Police said they had CCTV footage of three people carrying two spades, a bucket with a blue bag, a crowbar and another tool heading for the fields behind the Abbas family house.
The suspected body-disposal party left the house at 19:15 on April 29 and came back at 21:50 on the same evening. (ANSA).