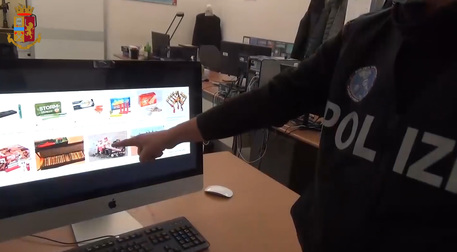 (ANSA) - PISA, APR 22 - Eight minors have been placed under investigation on suspicion of spreading child pornography, instigation to racial hatred for anti-semitic propaganda and illegal possession of offensive weapons, police in Pisa said Thursday.
The probe stems from another one into alleged sexual violence that ended with an acquittal in 2019, judicial sources said.
Police allegedly found images of children being forced into sex acts on the phone of a 16-year-old boy, one of the eight.
They were allegedly sent to him by a younger boy, police said.
Police said they then found "chilling" images on the phones of those under investigation.
They also found slogans hailing Adolf Hitler, as well as a "full-blown arsenal" of offensive weapons. (ANSA).