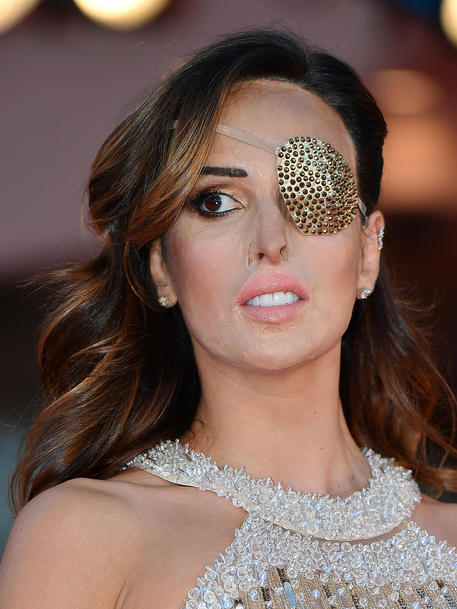 (ANSA) - ROME, APR 21 - There cane be no discounts on jail terms for those who commit acid attacks on their exes, Italy's Supreme Court of Cassation ruled Wednesday.
The high court issued its ruling in explaining its decision to sentence 33-year-old Cape Verdian Edson 'Eddy' Tavares to almost 15 and a half years in jail for disfiguring his ex and Rimini showgirl Gessica Notaro by throwing acid in her face in January 2017.
The court said "no amorous frustration, however painful, can help attenuate the gravity of conduct" of those who cause permanent lesions to their former partners with acid.
Notaro has since rebuilt her life and became a star on Italy's version of Dancing with the Stars in 2018.
Notaro, 31, is a former Miss Italy finalist and model who worked with sea lions and dolphins at an aquarium in Rimini on Italy's Adriatic coast.
Commenting on the first-instance conviction in 2017, she said "despite the harm that he did me, he's a person I was very much in love with, whom I really loved, and I can't quite hate him, but I can't forgive him, I won't forgive him.
The injuries caused by the acid are improving but Notaro will have to undergo several operations to reconstruct her skin in the places affected the worst: her forehead and left temple and her left eye, which she cannot see fully from now.
Notaro had reportedly taken out a harassment order against Tavares after the pair broke up. (ANSA).