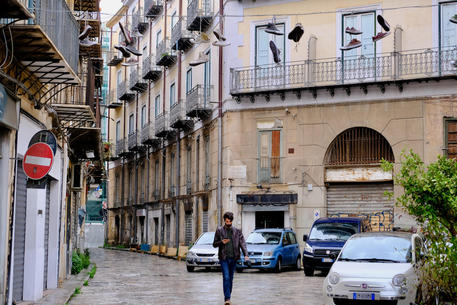 (ANSA) - PALERMO, APR 14 - Two Palermo businessmen were arrested on Mafia charges on Wednesday.
Brothers Giuseppe and Benedetto Amato, 41 and 46, were placed under house arrest in a probe that saw boss Giuseppe Calvaruso arrested after returning home from Brazil to spend Easter with his family.
Police seized assets including shops and restaurants, goods and bank accounts.
The brothers are accused of fraudulent transfer of assets, aggravated by using Mafia methods.
The brothers own a restaurants in Palermo's historic centre, Carlo V, and are accused of being front men fro Calvaruso.
They fraudulently claimed ownership of the boss's assets including a Porsche Cayenne, police said.
One of the brothers returned Monday evening from Lanzarote, in the Canary Islands, where he had been planning to open a restaurant.
Police said Calvaruso had been aiming to build a "vast commercial empire" using the brothers as front men. (ANSA).