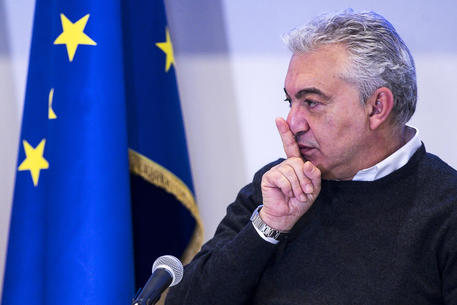 (ANSA) - ROME, APR 12 - Italy's former COVID commissioner Domenico Arcuri has been placed under investigation in a probe into embezzlement over face masks, sources told La Verità newspaper at the weekend.
Premier Mario Draghi in February replaced Arcuri with army general Francesco Figliuolo.
According to La Verità, Arcuri is accused of being involved in the alleged embezzlement of "huge profits" from an order of Chinese face masks worth some 1.25 billion euros.
Arcuri's former aide and head of face mask procurement Antonio Fabbrocini, is also being probed, the conservative daily said.
The case reportedly concerns the supply of some 800 million masks from three Chinese consortia.
One person was arrested on February 24 after some of these supplies arrived in Italy without the proper certification.
Arcuri reportedly said "I know nothing about this case but I am collaborating with the judicial authorities". (ANSA).