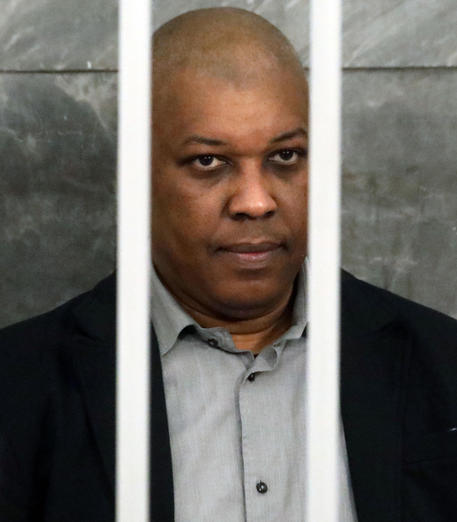 (ANSA) - MILAN, APR 9 - A man who hijacked and later torched a school bus with 50 children, two teachers and a janitor aboard near Milan in March 2019 on Friday saw his sentence for attempted murder cut from 24 years to 19 on appeal.
Senegalese-Italian Ousseynou Sy, 48, was found guilty again by the Milan court of appeals after a first-instace trial last July.
The crime was committed at San Donato Milanese.
Sy had told the court he is neither a killer nor a terrorist despite his apparent attempt to kill the occupants of his vehicle.
"As an Italian citizen and an African, I accuse" (anti-immigration League leader Matteo) Salvini, (who was deputy premier and interior minister at the time of the hijacking), "and his government of crimes against humanity and genocide".
Sy argued that Salvini had condemned many migrants to death and torture by blocking Italian ports to NGO run rescue ships.
Salvini says his hardline policy saved lives.
Sy, a man with a criminal record who is originally from Senegal but has been an Italian citizen since 2004, got off the bus after it was stopped by police, who were alerted by students on board.
He had just set it alight.
The Carabinieri managed to get the children out by smashing windows at the back.
The two Egyptian boys who were hailed as heroes after phoning the police when Sy was not looking have been granted Italian citizenship. (ANSA).