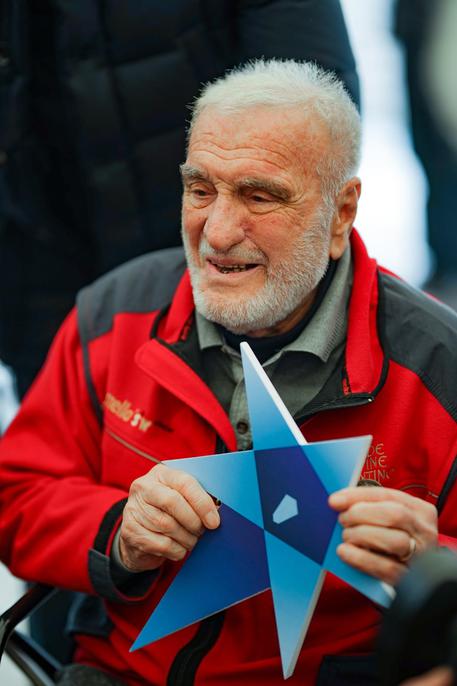 (ANSA) - TRENTO, JAN 19 - Pioneering Italian mountaineer Cesare Maestri, nicknamed 'The Spider of the Dolomites', died Tuesday aged 91.
Maestri's death was announced by his son Gian on Facebook.
"This time," he wrote, "Cesare has signed the summit book of the climb of his life.
"A big hug to those who loved him".
A writer as well as climber, Maestri was born in Trento in the far-northern Italian province of Trentino. He began climbing in the Dolomites, where he repeated many famous routes, often climbing them solo and free, and put up many new routes of the hardest difficulty, for which he earned his 'Spider' nickname.
He became an alpine guide in 1952. His notable solos include the Solleder route on the Civetta, the Solda-Conforto Route on the Marmolada, and the southwest ridge of the Matterhorn in winter.
(ANSA).