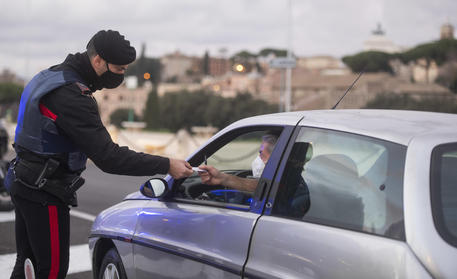 (ANSA) - MASSA, JAN 19 - A former insurance broker from Alessandria was arrested Tuesday on suspicion of defrauding a group of women who believed his claim to have divine powers and the right to set up new 'holy families' with them, police said in the coastal Tuscan city of Massa.
Police said the 42-year-old fake guru convinced the women he was renewing the Catholic Church and was in contact with top exorcists he named as Don Paolo, Don Carlos from Krakow, and Don Josè from Portugal, police said.
He claimed the alleged exorcists ere suffering health problems including heart attacks and needed money for care.
The women became devotees of his new cult, police said.
The cult followers gave him money to help him overcome the 'demons' he was battling, they said.
He also persuaded at least one victim to part with her cash by saying that it needed to be 'purified', police said.
The man used the millions to buy luxury personal items and several powerful cars, police said.
He has been charged with defrauding the mentally vulnerable.
(ANSA).