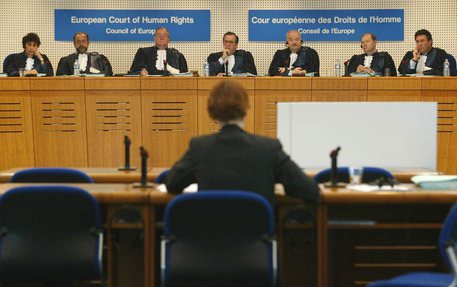 (ANSA) - ROME, JAN 14 - The European Court of Human Rights (ECHR) in Strasbourg on Thursday condemned Italy for violating the rights of a grandmother to keep in touch with the granddaughter she was entrusted as a child.
The judges said this violation was not the result of discrimination against the woman because her husband's family belongs to the Roma ethnic group.
It said, rather, that in Italy there was "a systemic problem" on this type of case.
The verdict came on an appeal by the grandmother, Emilia Terna, in June 2018.
In the suit, she said she had been unable to re-establish contact with her granddaughter, who had been entrusted to social services, despite years of trying.
She said social services had prevented her from making contact because her husband's family is Rom.
The Strasbourg judges said they had found no evidence that this was the cause of the failure to allow contact.
But they said Italian authorities had failed to do what they should have to enable the woman to see her granddaughter again.
The court noted that this was despite a ruling from a minors' court that established Ms Terna's right to meet her granddaughter.
It also went against reports from various experts who said maintaining the relationship with her grandmother was good for the girl.
The ECHR ordered the Italian State to pay Ms Terna 4,000 euros in moral damages and 10,000 euros to cover court costs. (ANSA).