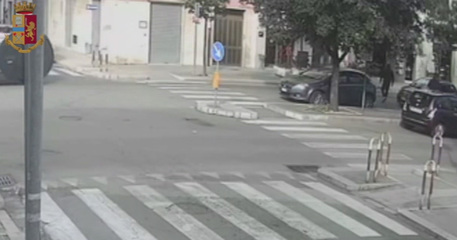 (ANSA) - TARANTO, OCT 14 - Italian police on Wednesday made 23 arrests in a mafia probe in and around the southern Puglia port city of Taranto.
They are accused of mafia association, drug trafficking, robbery, extortion and other crimes aggravated by using mafia methods.
Police said they had succeeded in dismantling a mafia clan that had reorganised at Manduria near Taranto after a major police operation that first smashed it in July 2017.
A further 27 people are under investigation in the probe.
Police said local clans in the Puglia mafia, the Sacra Corona Unita (United Holy Crown, SCU), had been engage in "boosting their power and prestige".
The "Impresa" (Business) op three years ago resulted in 38 convictions.
An SCU clan led by Antonio Campeggio had operated a range of rackets and infiltrated the local political and business worlds, police said.
Manduria town council was dissolved for mafia infiltration in April 2018.
The SCU is Italy's fourth and smallest major mafia group.
The others are Calabria's 'Ndrangheta, Sicily's Cosa Nostra, and Campania's Camorra. (ANSA).