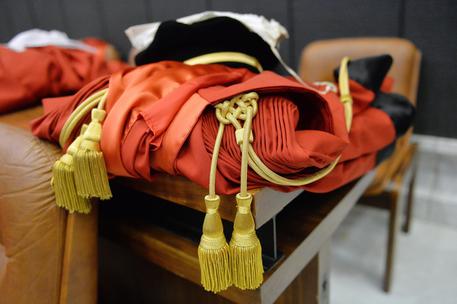 (ANSA) - ROME, JUL 13 - The 26-year-old granddaughter of a 91-year-old man was arrested Monday on suspicion of killing her grandfather near Matera after a row in January.
Carmen Lopatriello is accused of murdering Carlo Lopatriello with 26 stab wounds and 11 blows with a stick, police said.
The murder allegedly happened after the umpteenth argument between the two about family money matters at the small town of Marconia di Pisticci.
The woman has been charged with the aggravating factor of acting with cruelty because of the brutal nature of the murder, police said.
Police found traces of the woman's DNA on the stick she allegedly clubbed her father on the head with.
DNA was also found on the top she was wearing on the day of the alleged murder.
Police said she stabbed her grandfather 26 times in the chest in a "fit of violence".
The murder took place in the man's home. (ANSA).