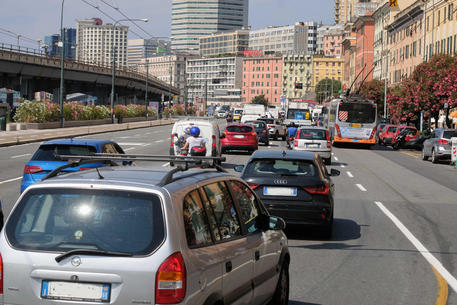 (ANSA) - GENOA, JUL 6 - There were huge tailbacks on Ligurian motorways on Monday morning.
Columns of motionless vehicles stretched as far as 10 kilometres on both the A12 and A 26 motorways, key links between Genoa and other northern cities.
The tailbacks we re caused by road works to make tunnels safe.
There was a knock-on effect in Genoa too, with long lines of cars in the northwestern Italian city.
Liguria Governor Giovanni Toti said the region was being held "hostage" to a "war" between the government in Rome and motorway company ASPI.
He said this conflict had been going on since "the day after the collapse of the Morandi bridge in Genoa" in August 2018, which killed 43 people.
Some members of the government have said that ASPI's concessions must be stripped because of the disaster.
The debate on the issue is expected to reach a conclusion soon.
(ANSA).