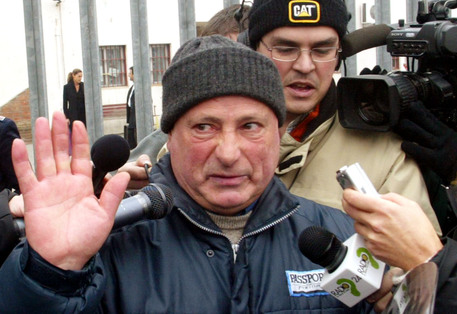 (ANSA) - ROME, JUL 3 - Graziano Mesina, the former 'scarlet pimpernel' of Sardinian kidnapping banditry, has gone missing after being sentenced to 30 years in jail for drug trafficking.
Carabinieri went to his home in Orgosolo to take him to jail Thursday night but he wasn't there.
Mesina, 78, also loses his presidential pardon as an effect of his sentence, the supreme Court of Cassation confirmed.
Arrested seven years ago as the alleged head of a drugs gang, Mesina was first sentenced to 30 years in an appeals trial in Cagliari in 2018 - a verdict the Cassation Court has now upheld.
After his arrest, his State pardon, granted by President Carlo Azeglio Ciampi in 2004, was revoked in 2016.
Mesina was most recently arrested in 2013 and sentenced by a court of first instance to 30 years in jail for criminal conspiracy to smuggle drugs.
Prosecutors had asked for a 26-year sentence for Mesina, who is nicknamed Grazianeddu.
Another four defendants were convicted with Mesina.
Mesina was pardoned after almost 50 years in and out of jails but returned to drug trafficking and attempted kidnapping in 2013.
Sardinia's most famous postwar bandit was a hero to many in the 1960 and 1970s for his supposedly anti-capitalist kidnappings, daring prison breaks and glamorous lifestyle on the run.
The former iconic bandit was acquitted in October 2013 of ordering the murder of Santino Gungui near Nuoro on Christmas night in 1974.
Prosecutors had asked for a life penalty, arguing that Mesina, then in jail, ordered the hit on 37-year-old Gungui for not handing over the proceeds of arms and drugs trafficking.
(ANSA).