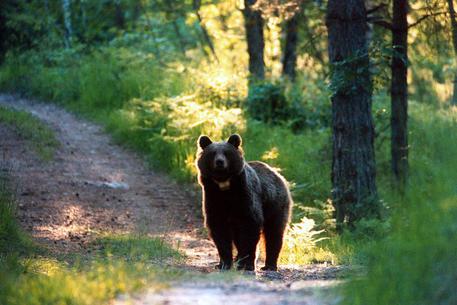 (ANSA) - ROME, JUN 25 - Environment Minister Sergio Costa said Thursday that he is considering challenging an order by the autonomous province of Trento to shoot dead a bear deemed to be dangerous.
The as-yet unidentified bear attacked a father and son on Monte Peller, in the Non Valley, on Monday.
The clothes of the people attacked have been sent for DNA testing to help identify the bear.
Maurizio Fugatti, the president of the Autonomous Province of Trento, signed the order telling forest guards to find the bear and kill it.
"Only after collecting certain scientific information on the animal involved in the incident with the two citizens will it be possible to assess technical solutions which, in my opinion, must not be elimination (of the bear)," Costa wrote in a letter to Fugatti.
"We are assessing the judicial basis for an eventual challenge of the order".
Costa said he considered the order to be an "impulsive decision" that does not contribute to maintaining "coexistence between man and wild fauna in Alpine environments".
It is estimated that there are between 82 and 93 bears in the province, not including cubs.
Fugatti, a member of the rightwing League party, said this is too many for co-existence with the people living in the area.
Animal-rights group said they will appeal to the regional administrative court (TAR) against the order in order to stop an "injustice". (ANSA).