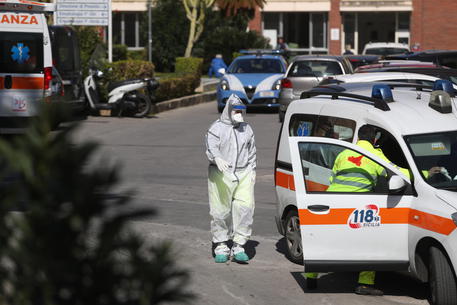 (ANSA) - Rome, February 25 - The following is a breakdown of the main measures being adopted in Italy to seek to stop the spread of the coronavirus.
Codogno and around 10 other towns in the province of Lodi, in Lombardy, that are considered to be at the origin of the Italian outbreak are in lockdown, meaning people cannot leave or enter them.
Road blocks have been set up to enforce this and people who break the restrictions face possible criminal charges. Shops selling food are allowed to remain open in these 'red zones'. NATIONWIDE.
The government has suspended all school trips and exchange programmes until March 25.
On Tuesday it said reports that it was considering closing all of the nation's schools were false.
The top flight of Italian soccer, Serie A, at the weekend postponed four matches set to be held in the northern regions and has asked the government to be able to play future games behind closed doors.
The rugby and volleyball federations have postponed the fixtures set to take place next weekend.
LOMDARDY Lombardy is the Italian region with most infections and 10 people have died there after contracting the coronavirus.
The regional authorities have banned events of any nature that attract crowds of people and closed schools, universities, museums and monuments, including Milan cathedral, which is off limits to tourists, although an area has been left available for those wanting to pray.
Church masses have been suspended too and bars must close at 18:00.
VENETO Museums, schools and universities have been closed in Veneto and masses have also been suspended too after Italy's 11th coronavirus death in the region. The town of Vo' Euganeo, where he man died, is in lockdown. The celebrations for the famous Venice carnival were cancelled.
Driving tests have been postponed in Veneto and Lombardy in the provinces of Bergamo, Brescia, Cremona, Lodi, Milan, Padua, Parma, Pavia, Piacenza, Rovigo, Treviso, Venice, Verona and Vicenza.
PIEDMONT Schools have been closed for a week and the Ivrea carnival was cancelled.
The Italdesign Giugiaro engineering group closed its plants and offices on Monday and Tuesday after one of its employees in a factory near Turin tested positive for the coronavirus.
The diocesis of Vercelli has decided that only close family members can take part in weddings and funerals until February 29.
EMILIA-ROMAGNA Schools and universities have been closed until March 1.
The Istituto Comprensivo di Pianoro school near Bologna is set to experiment with online learning during the closure.
The courts of Piacenza and Rimini have postponed routine hearings and mass is not being celebrated in the provinces of Piacenza and Modena.
Big services in churches have been stopped in Bologna too, while soup kitchens for the poor are offering take-away package lunches. FRIULI VENEZIA GIULIA, LIGURIA, TRENTINO ALTO-ADIGE.
Universities and schools are closed.
BASILICATA Basilicata Governor Vito Bardi has ordered that anyone who enters the southern region from northern regions hit by the outbreak must undergo a 14-day period of quarantine in isolation or at home.