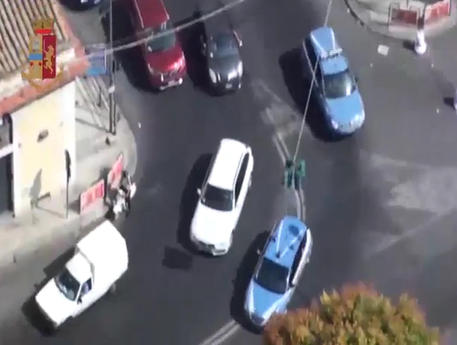 (ANSA) - Palermo, February 21 - Italian police on Friday arrested 11 people on suspicion of staging a violent racist raid on a Sri Lankan (and not Bangladeshi as initially reported) market stall in Palermo a few months ago.
The gang of young men allegedly used baseball bats to attack the stallholder and some other Sri Lankan nationals, calling them "dirty n**gers").
The men have been placed under house arrest.
They have been charged with robbery and bodily harm, aggravated by racial hatred.
The victims were attacked with punches and kicks and one of them, dragged into the back of a shop, had a ring stolen.
Police said the gang had decided to stage their "punitive" raid after a Sri Lankan citizen had been found in the street in an "inopportune" attitude and had been attacked with punches and kicks and racial epithets.
The gang's violence then spread to the market stallholder and his clients, where the initial victim had sought refuge.
Racist incidents have risen in Italy over the past year.